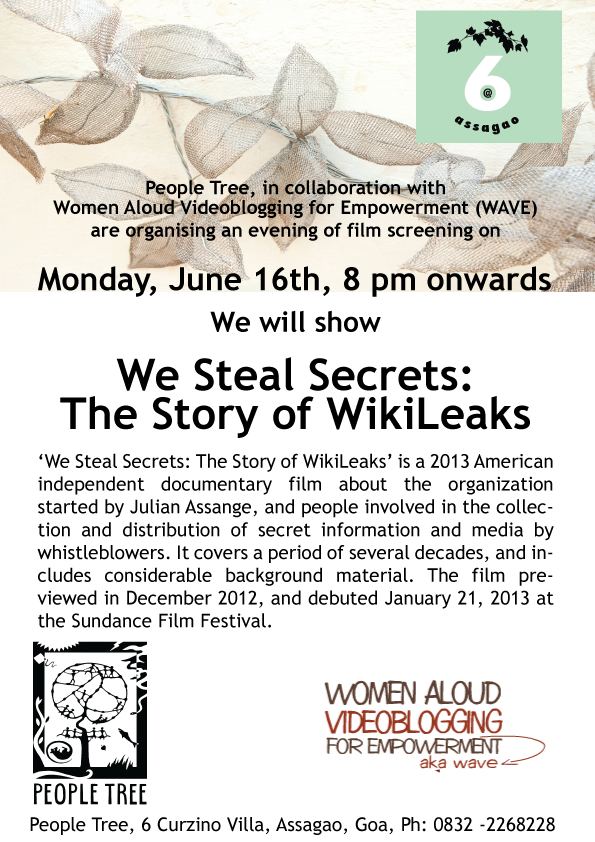 ‘We Steal Secrets: The Story of WikiLeaks’ is a 2013 American independent documentary film about the organization started by Julian Assange, and people involved in the collection and distribution of secret information and media by whistleblowers. It covers a period of several decades, and includes considerable background material. The film previewed in December 2012, and debuted January 21, 2013 at the Sundance Film Festival.